Hit enter to search or ESC to close

At Gammelmark Strand Camping, you can feel an important part of the Danish national history. Today you will find a modern camping site, in 1864 there was a battlefield. This was where the Prussians fired cannons from towards Dybbøl Mill during the 1864 war and won.

100 years after the battle, the camping site was established by Ingeborg & Christian Caspersen who ran the farm called Gammelmark / “Oldfield”.

Back when Gammelmark was newly established, it was frequently visited by the Danish King Frederik IX. He went to the beach daily with the three princesses, Crown Prince Margrethe, Princess Benedikte & Princess Anne-Marie, when they stayed at Gråsten Palace during the summer.

They had a bathhouse parked in the yard of the summerhouse of the Danish politician I.P. Nielsen. So when the King took the Princesses for a swim, Queen Ingrid had coffee and discussed the condition of Southern Denmark with I.P. Nielsen. It wasn’t a rare sight to see the King behind the steering wheel of his Bentley Continental driving through Gammelmark with his driver in the passenger seat.

Camp in the hils or right by the beach

Gammelmark Strand Camping is located in a hilly area, right by the sea, from where more than 80% of our spaces has a sea view towards Dybbøl Mill and Sønderborg.

The Gendarme Path passes right by the camping site and we have a lot of hikers visiting us during their journey. If you haven’t heard about the Gendarme Path, read more about it here.

The camping site has been expanded and modernized multiple times with modern service facilities, 50 comfort camping spaces, and a swimmingpool.
The area of the camping site is 12 acres with 6 of those being used for camping. On the rest of the area, we have established good hiking paths in our diverse forest, field and beach area.

We have space for 300 units divided into our 6 different camping areas with each of their own characteristics. Besides camping spaces, we also rent out cabins, Glamping tents and Bed & Breakfast rooms.

We have a big playing- and activity area, multiple smaller playgrounds, 2 bouncy castles a football field and a swimmingpool. See our map and overview here. 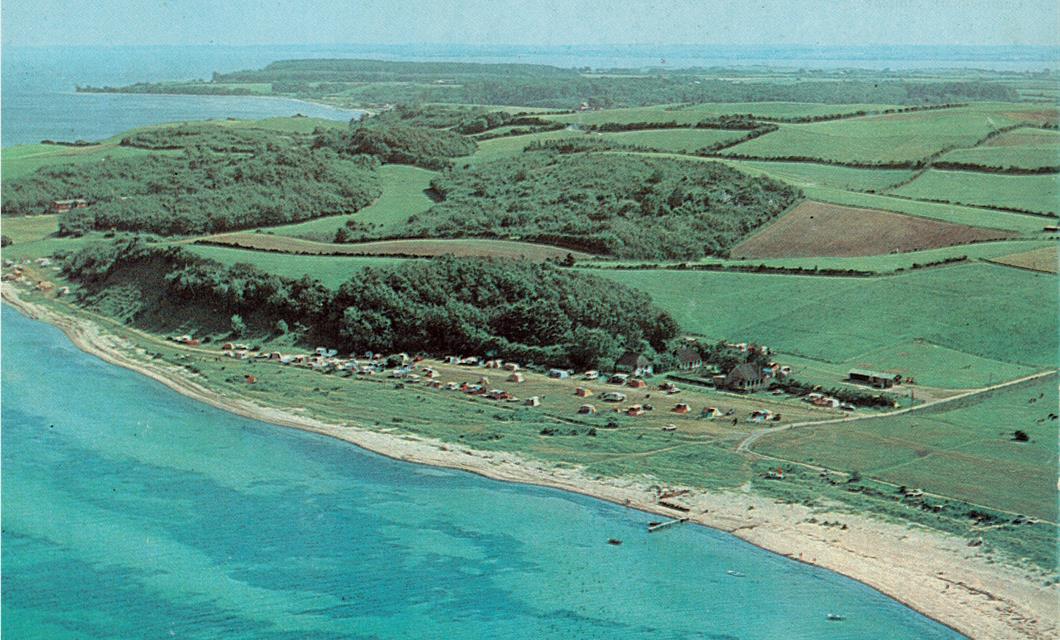 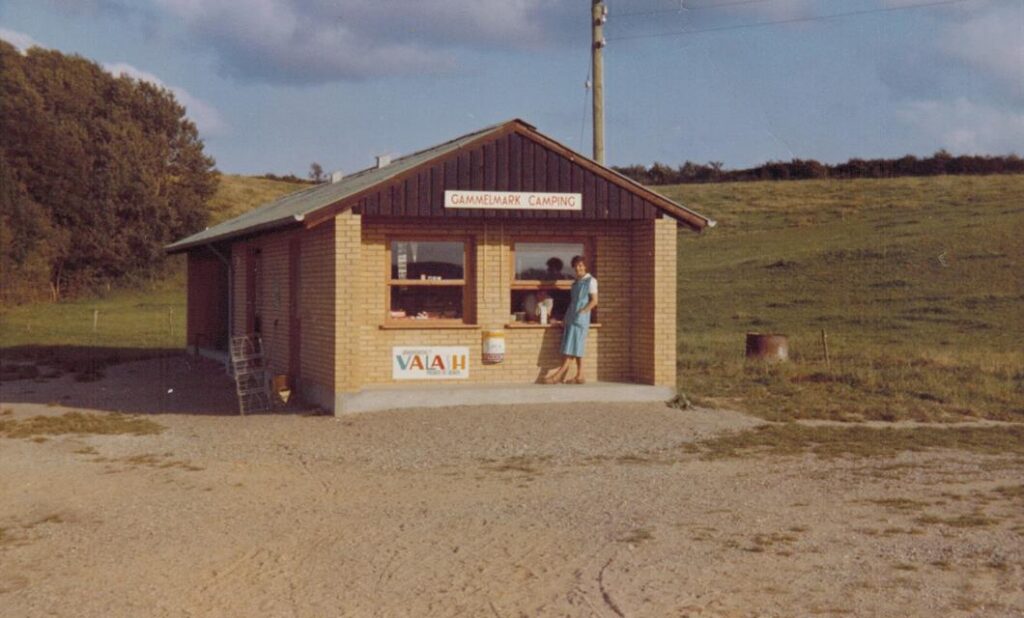 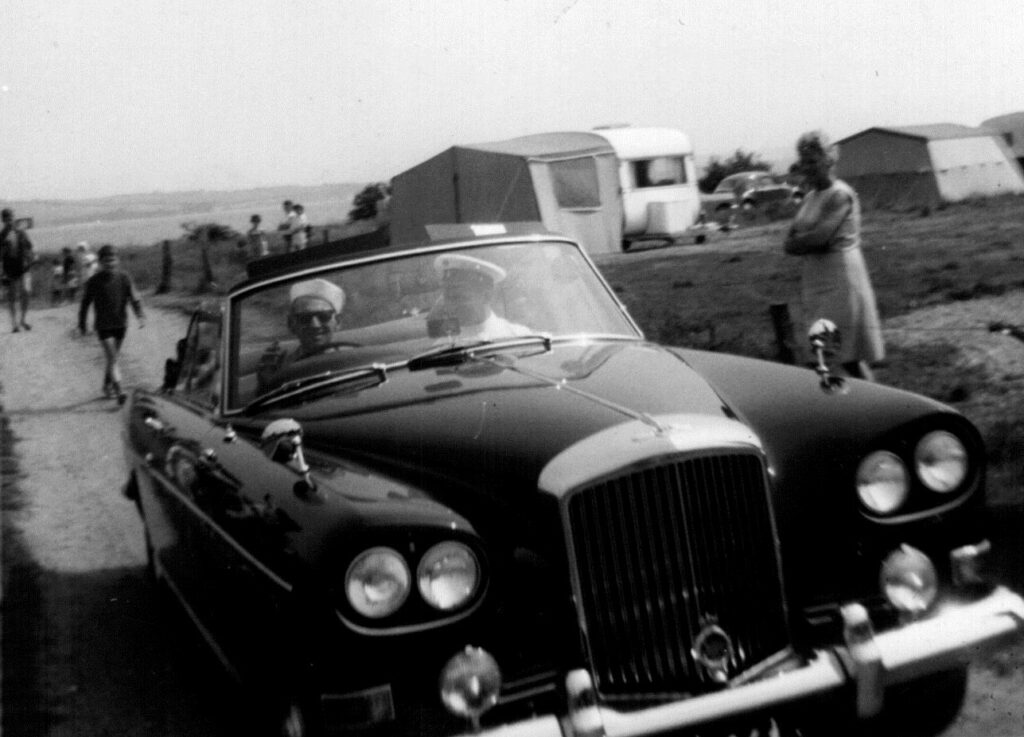 King Frederik IX at Gammelmark Strand Camping in his Bentley with his driver in the passenger seat. 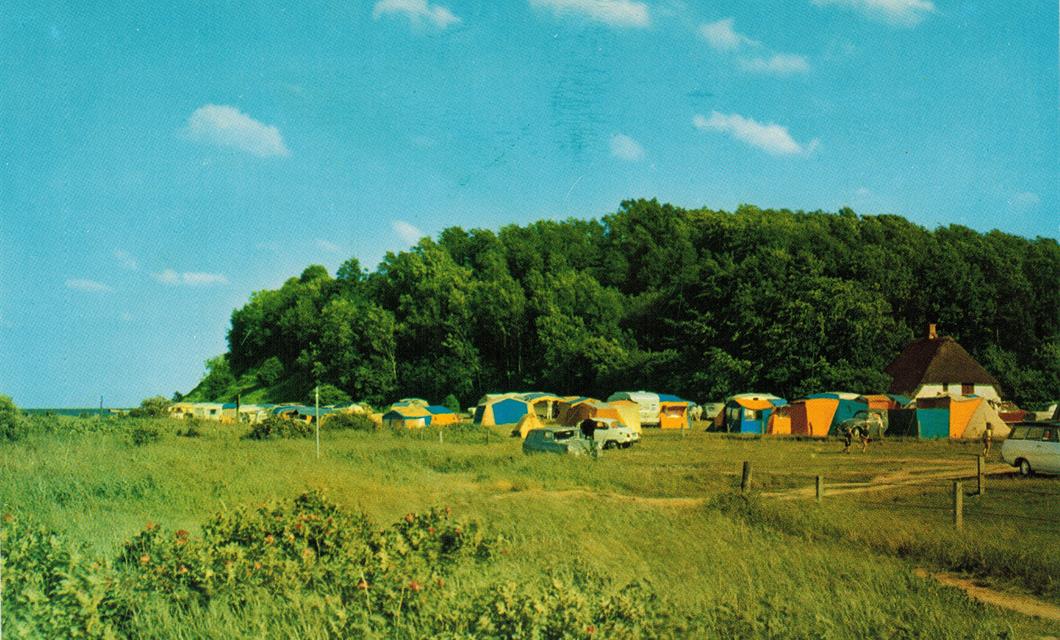 In the beginning, there wasn’t a lot of caravans, so big tents were set up along the whole beach in 1965.